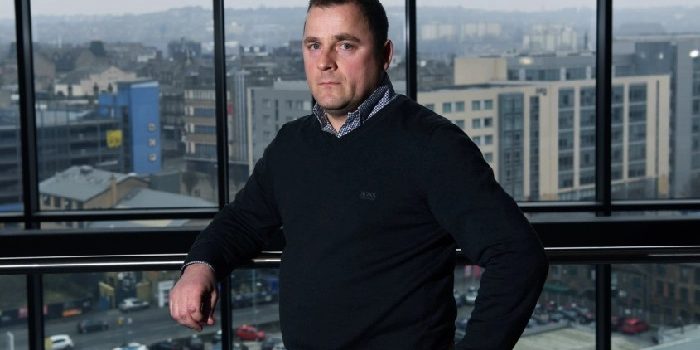 Samir Dizdarevic came to Yorkshire as a refugee after his father was among the thousands of Bosnian Muslim men murdered during the Balkans conflict. After one of his dad’s killers was jailed last year, the computing lecturer tells Chris Burn his extraordinary story. Three days after Samir Dizdarevic turned 18, the soldiers came for his father. The next morning, he and his family made the horrendous discovery of his parent’s barely-recognisable body – along with the mutilated corpses of three of their neighbours – which had been left on a road on the outskirts of their village in Bosnia. 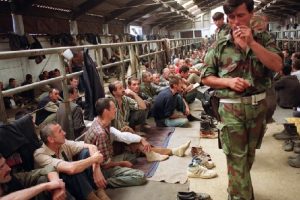 “Mum came home screaming,” he recalls of the events of August 1992. “She said, ‘Samir, you haven’t got a dad anymore’. I insisted on going to see. I was 18, it was my dad and I wanted to see him for the last time. “When we turned up, it was like a scene from a horror movie. You are there standing over these dead bodies. They had all been badly tortured, dad’s face had been completely smashed in. I could only recognise him because he was bald.” Samir’s father Mesud and his neighbours were among the thousands of Bosnian Muslims killed in ethnic cleansing during the Balkans conflict in the 1990s. Now, 27 years on from his father’s murder – and after giving evidence against one of his killers just months ago – Dizdarevic is speaking for the first time in public about his family’s traumatic story, as well as his extraordinary personal journey from arriving in Yorkshire as a refugee unable to speak English to becoming a respected lecturer at Bradford College.

Now 44 and a father-of-three himself, Dizdarevic is meeting with The Yorkshire Post after recently opening up about his harrowing experiences with college staff and students for Holocaust Memorial Day, which this year had the theme of ‘Torn From Home’. Dizdarevic finds an empty classroom in Bradford College’s £50m David Hockney Building away from the hustle and bustle of passing students to explain the long and harrowing story that began when he was a college student himself in Bosnia and has resulted in him building a career in education and a life in West Yorkshire, more than 1,000 miles from his home village. Samir was 17 and living with his parents and siblings in the village of Kamicak in north-west Bosnia when the Bosnian War started in April 1992. It was one of several interlinked conflicts connected to the break-up of Yugoslavia that would ultimately result in the deaths of around 140,000 people. Dizdarevic says he grew up enjoying a comfortable family life after his father had spent much of his working life as a builder in Germany where numerous projects were under way to repair towns and cities ruined in World War II. But the escalating tensions in the region began to have a direct effect on his life after the Croatian War of Independence began in 1991 as some of his teachers went off to the frontlines to fight.

After Bosnia and Herzegovina declared independence from Yugoslavia following a referendum in February 1992, Bosnian Serbs led by the now convicted war criminal Radovan Karadžić and supported by the Serbian Government and the Yugoslav People’s Army mobilised forces to secure what they saw as Serb territory. War soon spread across the country, accompanied by ethnic cleansing. As the frontline came closer to their home, Samir says the family felt powerless. “Mum had a sister that lived in Slovenia. At some point, I suggested to Dad we should be sending my sisters and mum out. He flatly refused and said no. But a few months later, he said ‘I should have listened to Samir’.” He says his father’s decision to stay came from not wanting to leave the family life he had worked hard to build in the village. By the time Mesud changed his mind, it was too late.

“You could hear bombs going off further afield but you thought, it is not going to happen to me, surely it is going to stop at some point. But once they had taken over the communications like the radio and television stations, then you realise we are trapped in here now.

“Electricity was cut off but we desperately searched for batteries to listen to the news to see when help was coming. We were expecting Nato and the West to intervene. The Yugoslav army was one of the biggest in Europe and there was no way we could fight them. “They were clearing town by town and eventually came to our area. Refugees had started arriving in our villages before and they told the stories of what was going on. At that point, we knew we were in big, big trouble.” By the time the Serbians arrived in Kamičak, two of Dizdarevic’s uncles who lived nearby had already been sent to the Manjaca concentration camp where thousands of Bosnian Muslim men were imprisoned. The International Court of Justice subsequently heard evidence of the ‘inhuman’ conditions at the camp, with beatings, torture and rapes of prisoners, as well as the discovery of a mass grave of 540 people believed to have been kept there. But Samir says he was saved from being sent to the camp by one Serbian when soldiers arrived in his village. “They lined us up, they were splitting us up telling people to go to the left or the right. When my turn came, a soldier said kneel down and go with the ladies and children. He saved me from going to a concentration camp and may have saved my life. My dad didn’t go either because he was classed as disabled.” Dizdarevic says he later discovered one of his friends had died while being transported to the camp after suffocating in the back of an overcrowded truck taking prisoners there. Those who remained in his village were initially allowed to go about their lives in peace in exchange for providing supplies to the Serbian soldiers when they demanded them. He says his family were able to survive as they had some farm animals, while his mother had built up a store of supplies. 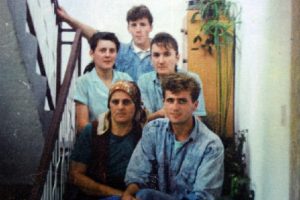